On the Uses of my Telephone

I've now had my cellphone for a little over a month, and I'm getting quite used to it. There are still aspects of it I find strange, and Rogers, my service provider, seems remarkably incompetent about getting information (bills, instructions) to me. I've ranted about the damn 'phone before, but as long as I'm not talking on it, I quite like it.

Especially the camera function, crappy and 640x480 though it may be.

Yesterday, I decided to clean the common-use microwave here in the biology department. It was getting pretty foul, and nobody else seemed willing to do it. Also, I was procrastinating until it was time to go to UnderWaterHockey, and I'd just eaten dinner. So why not.

Three pictures of "before": 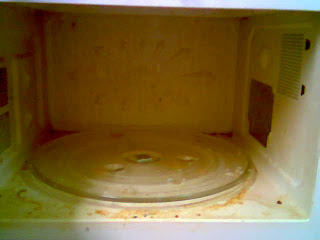 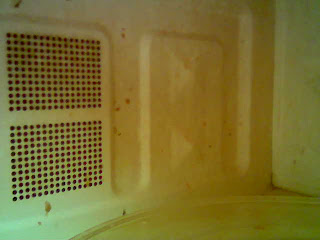 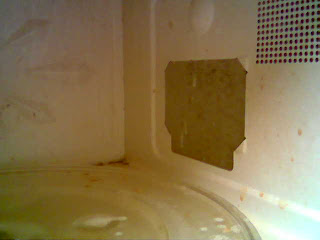 And three pictures of "after": 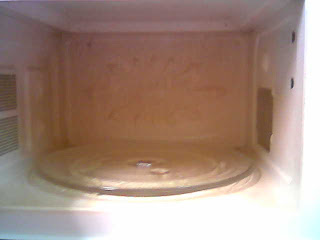 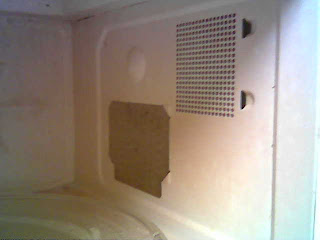 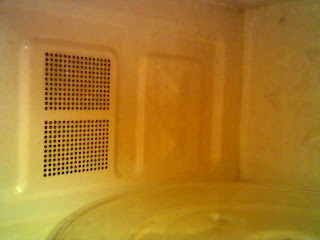 I'm actually more impressed that these pictures show anything discernable than I am with my cleaning prowess.

A couple of weeks ago, I tried to dissect some small snails. I wanted pictures of the shells before I cracked them open (crushed them clumsily) because shell features are useful taxonomic characters and we're still not certain about the species of these guys. Shockingly, lining up the camera lens with the occular of the dissecting microscope actually resulted in half-decent photos. No special equipment was employed here what-so-ever, just me holding the phone up against the 'scope and squinting at the viewfinder image. 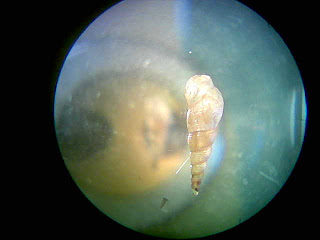 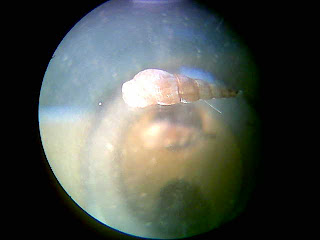 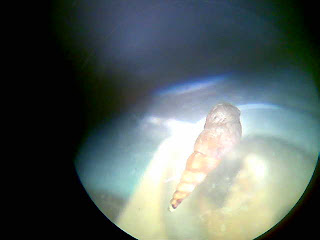 I guess the old adage stands: "If you want something done, you've gotta do it yourself...".

True enough. One of the lessons from my M.Sc. is that you can never have too many pictures of your study organism(s) or esoteric equipment and procedures. Telling someone "I ran radioactive PAGE" is way less cool than showing them a picture of a running BioRad rig with the blue dye halfway down it.