Where will I do my PhD? What will my thesis topic be? What language will I speak at the grocery store?

These are the big questions currently facing me. I just sent off (by regular mail) the last components of my application package to the University of Guelph. Monday, I had a long (1 3/4 hour) and very interesting telephone conversation / interview with my potential supervisor at the University of Zurich.

Guelph vs. Zurich, ON vs. CH, Arctic Fieldwork vs. mostly lab work + one possible field trip to Australia

Argh. I know not which I will choose (assuming I'm given the choice).

Tony in Zurich said he'd let me know (I'm one of 3 short-listed applicants for the position) on Friday. Ryan is basically saying "get down here as soon as you can", and the application jiggery-pokery is mostly formality. The graduate secretary at Guelph has told me that I'm the only person applying for a PhD position to start in January in the department, so the committee will convene as soon as everything gets there - which, based on Canada Post, will probably be approximately Monday.

So the choice isn't completely up to me - if it was, I could just make the choice and be done. But things are now set up such that a) there is much that is unclear and b) doors may close for me beyond my control. 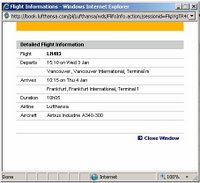 Melanie was listening to my side of the conversation with Tony (my telephone-speaking voice is even louder than my normal very-loudness) and is convinced that my intelligence, eloquence and articulate-ness have guaranteed me a seat on Lufthansa Flug 493. I'm less convinced, given that I know nothing of the other two applicants who Tony has already spoken with. My concern (and the uncertainty stems from) is that I may have placed the decision entirely in Tony's hands - I somewhat feel obligated to go to Zurich if Tony chooses me, mostly because I have told both Ryan and Tony that I would prefer to go to Zurich for my PhD. Doubts are inevitable, of course.

This leads to point b): 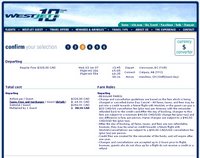 Tony might not choose me (all being equal [certainly not true], I have a 1-in-3 chance), in which case I go to Guelph by default - a poor way to describe the events leading to a very major period in one's career. I have always maintained to everyone I've talked to that clearly Zurich is plan A and Guelph plan B. Given the wide divergence in what these two projects might entail, I am very recently no longer certain.

Briefly, the Zurich PhD would involve much molecular work, primarily in constructing a microsatellite genetic linkage map for Hippocampus abdominalis using previously-developed microsatellites for this species (perhaps 200) and some fancy (and very expensive) DNA machinery. I'd also be assisting another PhD student with his work on constructing a BAC library for H. abdominalis, along with probably some QTL and immune-function work later. The linkage map would be very similar to the work I did for my M.Sc. thesis, except presumably much faster and easier for a variety of reasons. The BAC library work is pretty much completely foreign to me, but I'd really be an assistant for that work. This could be both good and bad - good in that I wouldn't have to learn a massive amount of theory and practical skills to do the work, bad because I probably wouldn't be highly motivated to work on someone else's project. The other stuff, being so far in the future (ie, > 1.5 years) is not worth worrying about right now.

In contrast, the Guelph PhD would be focussed on a different scale. Instead of working on the genome of a single (very interesting) species, I would be examining a much cruder measure of genomes (genome size, in this case) for as many different species as I could, across as wide a phylogenetic or taxonomic range as possible. I would be collecting organisms (most likely invertebrates, most likely dominated by insects) in species- or population-pairs from the low Arctic (Churchill, MB) and from the temperate zone (terrestrial things from southern Ontario, marine things from somewhere on the East coast, perhaps New Brunswick or somewhere in the Carolinas). I'd compare the genome sizes between pairs, looking for patterns associated with latitude (as a proxy for climate). Years 2 and 3 would be creating and testing hypotheses that might explain some of these patterns. This is "exploratory" science, at least for the first half, in that we don't yet have the observations of patterns necessary before we can come up with explanations and test them.

In each project, I would learn valuable new skills, but those skills are non-overlapping for the two projects. In Zurich, it's all about the pipettor. In Guelph, there's some lab work involved in preparing samples for measurements, including most likely a great deal of fine dissection work, as well as the potential for lots of field-work experience. I've never done significant fieldwork, and I'd really like to - but the "possible" one-to-two-month Australian field trip from Zurich, collecting Hippocampus, would probably sate that urge (probably).

So now I'm just whining about this, which is mildly embarassing given how exciting and cool both of these opportunities are. It's taken me most of an hour to write this, so I'll stop now.
Posted by TheBrummell at 1:02 pm
Labels: Grad School, Procrastination

You know how much fun it would be to be in Europe. Skiing in the alps (Or just looking at em) having fun in a foreign land (You don't know anyone, whos cares what you do!) all the hot hot swiss.... chocolate you can eat.
Fun times

Here's my honest to Darwin advice:

Zurich sounds really really cool (and would probably be my 'A' choice as well all other things being equal). But if you choose to go there, make damn-well sure that you're happy with the school, project, supervisor and especially finances.

In my case, I'd probably not go to Europe before a Post-Doc because I'm very financially insecure and don't have family that can bail me out...

But in your case, maybe these things are unimportant (which is a big plus!). So if you're comfortable with moving quite far away, all power too you.

The only flip-side is if T. Ryan Gregory's stuff is actually really cool as well. Coincidentally, he's giving our departmental seminar today (Thursday the 23rd) so I'll be able to see what potentially cool stuff he's cooking up.

I guess a friend of mine got some advice a couple years ago that I'll relate to you:

(Incidentally this friend of mine was trying to go do a Ph.D. in Hawaii just because it's Hawaii. The lab was less than reputable...)