Last week I had the opportunity to put my newly-acquired firearms training into use. A friend and I drove out to a public, outdoor range (no fees!) in Kananaskis country, about an hour’s drive west of Calgary. My friend has his father’s firearms while his father is outside the country, so we took five of them out to the range.

The weather was fine for shooting, or indeed for most outdoor activities – cool and clear, with bright sun on a layer of snow. There were a couple of other people at the rifle range (Fig. 1), so once they’d finished their shots (~3 minutes) we were able to set up a little target, stapled to a cardboard box supported and weighed down with a the casing of an old (and very destroyed) desktop computer. We plinked away at that with a 0.22-calibre semi-automatic rifle that jammed repeatedly, and with a 0.22 pump-action that looks just like a little-bitty shotgun. The other shooters there had what appeared to be anti-tank weaponry, judging from the shockingly loud reports from each shot. Some more esoteric equipment was also around, including what might have been a device for measuring muzzle velocity. After expending a few clips, we switched to a 0.303-calibre bolt-action rifle, a Lee-Enfield (Fig. 2) equipped with a telescopic site. This is a much more powerful firearm, and my first shot with it actually displaced the target on impact – I assume I hit some particularly rigid part of the computer case. 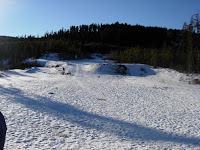 Fig. 1. The rifle range. This picture was taken as we were leaving, so our target is not visible – it’s up in the shaded area slightly to left of center. Nobody whose name I know appears in this picture.

Fig. 2. Me holding the Lee-Enfield at the rifle range. Notice how safe I am – fingers away from trigger, muzzle pointed in a safe direction. Also, it’s not loaded – you may be able to spot the fact the magazine is missing, though I doubt you’ll see the chamber is empty (it is).

After a few rounds from the Lee-Enfield, we moved back up the road a little ways to the shotgun range – shotguns are not allowed on the rifle range, and vice-versa. The shotgun range was basically a big pile of dirt set back about 50 meters from the road. Again, we stapled a target to a cardboard box, and set about blasting it. We had a break-action 12-gauge that appeared to be identical to one I’d handled during training. Just for fun, I fired a few slugs out of it. Then we pulled out the 12-gauge pump-action, and set about firing slugs, BB, and 7-1/2 pellets. There were a few intact clay pigeons lying around, so we duct-taped them to the now-riddled cardboard. A 12-gauge slug converts a clay pigeon into so much fine dust on impact – where BBs and 7-1/2 break the pigeon, a slug makes it go away (assuming one can hit it – even stationary and from 20 meters I needed two tries).

Overall, we had a good time over a couple of hours, and I’ll definitely need to look into doing something similar with friends in Guelph. I found only one range in the neighbourhood, which requires membership and other fees, but I hope to find a free outdoor range so I can blast away with another shotgun.