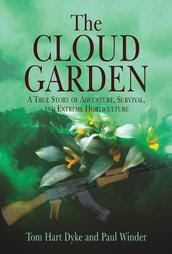 A true story (not merely 'based on') written by two British authors who are the subjects and protagonists of the story as well, this is not much like most of the books I read. Typically, when I read about adventures and adventurers, the writing is in the third person, and the author is never directly involved in the story. This book is written as a mini-autobiography, a detailed account of the time spent by the authors as captives of a FARC-associated rebel guerrilla militia in the borderlands of Panama and Columbia. The two authors trade off writing about every two pages throughout the book - sections written by the alternate author start with either "TOM" or "PAUL" to denote who the current speaker is - both write in the first person, past tense (except when presenting direct quotes, of course).

I burned through this book in near record time for my typical reading pace. I just couldn't put it down! Despite the clear presentation of the terrible boredom of life as a captive in the jungles of central America, the story rips along at a great pace, and the frequent shifts in point of view keeps things very interesting as the reader gets to see inside the heads of each author in turn for each major event.

I don't want to just gush out a positive review for this book; after all, my Book Club posts are a direct rip-off of Carlo's idea, which is that these should be more discusion-starters than mere reviews. If you want a review of this (or any other) book, just type the title into Google (I recommend enclosing the title in quotation marks to restrict the search - using the title of my Book Club of May 29, for example, would likely return way too many irrelevant hits). However, there is an interesting wrinkle in the story of this book that I wanted to mention.

Before the two authors entered the Darien Gap, the mountainous borderlands of Panama and Columbia, they recieved an email from an American, James Spring, who had successfully crossed the Gap with one companion about a month before. The email included lots of warnings against making the attempt, but served to encourage Tom and Paul in that it constituted proof that such a crossing was possible. After their respective families declared Tom and Paul missing, James was contacted by the families after they accessed Paul's email account, and he tried to help them discover what had happened to Tom and Paul. This little episode is mentioned only briefly in the Epilogue of The Cloud Garden, but apparently James' activities and experiences constitute a story in their own right. In searching for the cover image of The Cloud Garden to put on my sidebar, I stumbled across the website for James Spring's soon-to-be released book, currently running under the title "Crossing the Gap". Beyond the advance-review copy and what will apparently constitute the back-cover copy, I know nothing about this book, but I surmise it is James' account of the Darien Gap and his attempts to track down the missing Tom and Paul. I signed up for the mailing list as soon as I found the website; nothing yet, but I hope they'll tell me when the book is likely to be released.

Posted by TheBrummell at 12:30 am
Labels: Reviews

Jebus, your 'review' almost went into Reading Rainbow territory, given its gushiness.

But seriously, it sounds like a really good book. Seems like you've been reading a lot lately... Are you already bored of the PS2? Shame on you.

Maybe I'll check this one out, any other good real-life adventure stories you could recommend? It's not a genre I've touched much of.

Yeah, I think I gushed a bit too much about this book... but it's really very good.

I'm not so much bored of the PS2 as I am frustrated by the stupid puzzles and apparent no-going-back aspects of (respectively) God of War and Metal Gear Solid 2. I'm almost finished Half Life, which I agree is an excellent, bench-mark setting game for many aspects including gameplay, controls, and story. I haven't tried Shadow of the Colossus yet, and I've only briefly dabbled in Resident Evil 4. I've been looking (half-heartedly) for a game in a different genre; specifically, one of the Burnout games that I can just throw on and play mindlessly for 1/2 hour at a time, or some other fluff.

...any other good real-life adventure stories you could recommend?

Like I said, it's not a genre I have much experience of. The only other similar book I have sitting on my bookshelf is Into Thin Air by Jon Krakauer, which I haven't read yet, though I've heard good things about it. I think Kim Stanley Robinson may have written some similar non-fiction as well, but I haven't read it.

Beyond that, I find I generally enjoy reading autobiographies, which typically include adventure sections - why else would someone be famous enough to write about themselves (beyond blogging, of course).

Further to the appearance of me reading a lot lately, I should point out that I've been neglecting Blue Mars of late, reading only a few (~5-10) pages per day of that 700+ page book. Also, I think I've just had a short run of relatively quick non-fiction reads, and I'll probably return to my usual, slower pace soon, especially given my dramatically increased workload predicted for the next three to four weeks as I get ready for my field season.

My copy of The Cloud Garden is in remarkably good shape - I bought it from a used bookstore here in Guelph that seems to specialize in mint and near-mint quality books; possibly it would be up to your standards.

Hi there. Tom has written a new book "An Englishman's Home: The Adventures of an Eccentric Gardener", which incorporates his kidnap story within the context of his life, and what he did afterwards. Further info can be found at www.lullingstonecastle.co.uk!

I only briefly skimmed the main page of the site, but if Tom actually built the garden he talked about designing in his head while a captive (in parts of The Cloud Garden), that's awesome!

Yes he did build it - and I know because I was his girlfriend for about three years and had to get my own hands dirty!

It's worth a visit if you're ever in the UK, and Tom is usually around and happy to chat to visitors.