Today I attended a workshop run by SFU's Learning and Instructional Development Center (LIDC)
Normally, I ignore all the emails I get from LIDC, since I don't actually care about helping students learn by being more pro-active in some way. But this series of workshops is directly involved in my summer job, so in a sense I'm being paid to go. 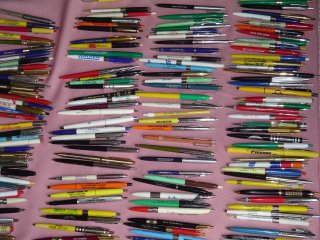 I'll be TA-ing BISC 302 (Genetics) this summer, and the department of Biological Sciences has decided this course will be "writing intensive". This means the students will recieve a large part of their grades (about 50%, I think) from formal writing assignments. SFU is shifting to a greater emphasis on writing, as well as numeracy and "breadth" in most undergraduate programs, so the BISC department is in the process of trying this stuff out. I'm not sure where the numeracy and breadth stuff comes in, but several courses are now writing-intensive. A certain number of such courses will be a requirement for graduation as of this September.

The workshop today was mostly about what writing in this context really is. We have two more sessions, next Monday and a week later, in which we will spend more time discussing how to mark formal lab reports and so on. Today I discovered the utility of a "brain dump"; four minutes of stream-of-consciousness writing, with ABSOLUTELY no intention of re-writing, editing, or allowing anyone else to read what I wrote. This was very informative; writing in this way forces one to think in certain structured ways, and I think it helps the learning process, which of course is the whole point.

So I was quite impressed with the quality and content of the workshop. Also, I think I can put it on my CV (upon completion, of course). I may even use some of this stuff in my own, non-teaching-related work. Perhaps it will even improve the quality of my blogging.
Posted by TheBrummell at 7:09 pm
Labels: Teaching

It's quite obvious that SFU is introducing these "writing intensive" courses because of a simple fact: Most students in sciences there are illiterate.

I've never seen as much pathetic garbage labeled as "writing" as in my time TAing at SFU. People here at Mac have no idea what they're talking about, but at least I can READ it.

In the fall, I TA'd BISC 329, the course invented by the department 25 years ago to increase lab time for students. Basically, I marked 2 big formal lab reports, and that's it. Most of the students were OK, but there were about 8 or 10 that were terrible. English-as-a-second-language is an excuse that can take you only so far.