I successfully moved to Kitchener, and spent April with my friends there. On my first day at work, we (Dr. Strack and I) worked out plans for the summer that can be summarized as “Alberta for four months”, so I did not look for an apartment and just enjoyed the company of my fine friends and their lovely house in Kitchener.

I am now in the tiny Alberta town of Seba Beach, about 80km west of Edmonton. I have two field assistants this summer, Stephanie and Ali, and so far – less than a week into the season – we all seem to be working well together. We’re living in a house in Seba Beach rented by the company, Sun Gro, which owns the lease on the peatlands we’re studying. It very much feels like a summer home, with an unusual layout – the three bedrooms are on the ground floor, the kitchen and living room are upstairs – and a clear history of renovation and addition, such as the electrical subpanel in my bedroom. The furniture is a typical summer home mix of new and second-hand, but it’s actually a very nice place to spend time when we’re not working out at the field site.

Our site is a set of patches of peat wetlands – properly called fens due to their hydrology – that Sun Gro previously harvested. Some areas were harvested more or less intensively than others, and some areas have had various restoration efforts applied to them while others have been left to regenerate on their own. My work will focus on the nitrogen cycle processes in these ecosystems, especially N2O fluxes and the mineral and organic nitrogen pools in the soil and groundwater that contribute to N2O fluxes. Another post-doc, Cristina, will be working here as well, with her work centred on the dissolved organic carbon and its relationship to different types of vegetation (mosses vs. sedges, primarily) and the fluxes of CO2 and CH4.

Data collection is structured around weekly measurements of greenhouse gas fluxes with large chambers placed on permanently-installed collars in various places on the fen. Other measurements, such as dissolved carbon and nitrogen and water-table height, will fit around that weekly schedule. The workload appears moderate, which means we’ll have plenty of free time to explore this part of the world and/or analyze data and come up with fun new research ideas. 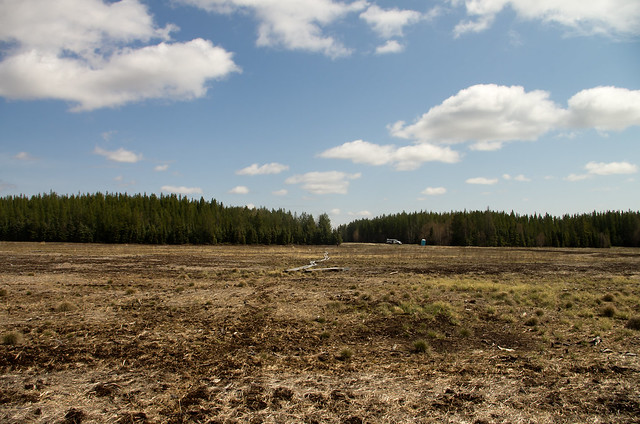 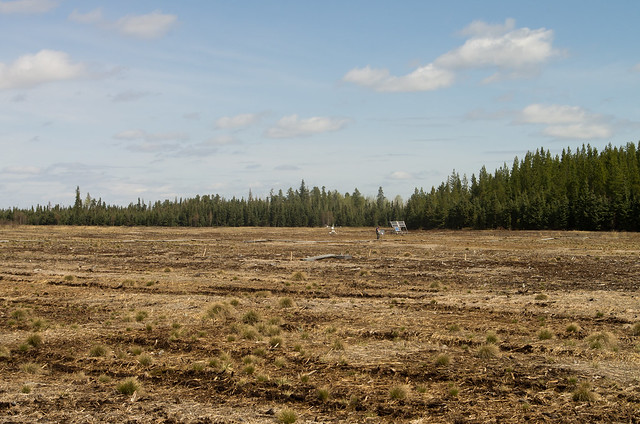 Views of our main field site, from our first day, May 7.

I’m also shopping for a vehicle. I’m currently car-less, again, which is a state of affairs I always find mildly distressing; I like having my own wheels. This is Alberta, and for reasons of plans I have in mind for later in the summer, I’m shopping for a small pickup truck. My modest budget – I could afford up to about $4000 – covers a range of compact trucks from Ford, Mazda, Dodge, Toyota, and Chevy with model years from the mid-1990’s to the early 2000’s. I’m prioritizing 4-wheel drive and a manual transmission simply because I want both of those features, and I’ve been told to avoid V8 engines for reasons to do with not completely abandoning any sense of environmental responsibility – trucks don’t get good fuel efficiency compared to cars as a general rule, but I’m not supposed to go hog wild here. It seems unnecessary to stuff a big 5L+ V8 into a compact truck, but then I don’t work for Dodge.
Posted by TheBrummell at 12:59 pm
Labels: Canada, Field Work, Summer 2015

I have another reason to avoid full-size pickups and V8 engines. I don't know how people can afford to keep one on the road, work is paying for this gas.

I'm pretty sure mine had a capacity of about 63 L. And I thought more about fuel efficiency after we talked about it, it was a lot better the than 14 mpg that you supposed. I really was closer to twenty.