Have fun, and take pictures! Someone, please lend the man a camera so he doesn't have to keep using his cell phone!

Actually, I got a digital camera a couple of weeks ago, but I only installed its PC software tonight, partly in response to that comment. It's a Nikon CoolPix 5200, that I got for helping a friend buy a new(er) digital camera through eBay. 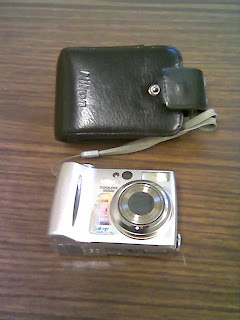 This is the last picture from my crappy cellphone camera that I intend to post here (others may show up in future in emergencies).

And here are a few more pictures from the 'new' camera. 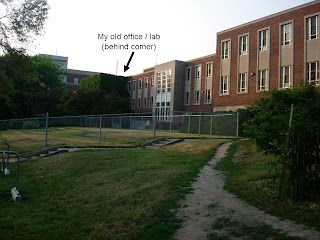 This is the old building, Axelrod. My lab and office space was on the North wing of the building; this is a view of the West front of the building. The new building we are in the process of moving into is in the background on the left. 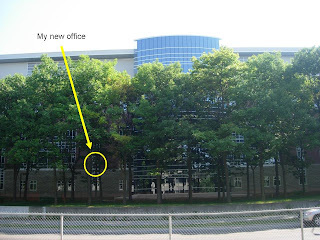 The new building, creatively named the "New Science Complex" (can you guess which departments it houses?). Presumably it will get a better name when someone either a) donates $10 million to the university, b) dies while famously associated with the university of Guelph, or c) both. That's how new buildings got named while I was at UVic, anyways.

I'll be bringing this camera with me to Churchill, along with my cellphone (for the communications features, not the photography) and my old Minolta X-700 35mm (film) SLR. I still own some fun accessories for my "real" camera (I'm talking about the Minolta); I'll probably get the film developed to some sort of digitial medium, like a CD-ROM.

I'm tickled to see you've adapted to the camera after potential corruption by your phone's idea of a camera.
Can't wait to see the photos from your field season! Make good use of that macro function -- there must be some fun insects out there. Ah heck, there's probably some charismatic megafauna too, but maybe use the zoom function for those with big pointy teeth and jagged claws.