Last night I racked the pre-wine from the primary fermenter to the secondary, also known as the carboy (Fig. 1). This took a surprisingly long time, both to get the siphon going (I avoided accidental ingestion of any rotting fruit juice) and just to run. The diameter of the siphon is pretty small, so to move the 23 L of pre-wine took almost ten minutes. I think I managed to avoid almost all of the sludge on the bottom, though I'm sure a little got through. There are two more racking steps before bottling, meaning three siphon runs remaining and three chances to separate the good stuff from the precipitate. 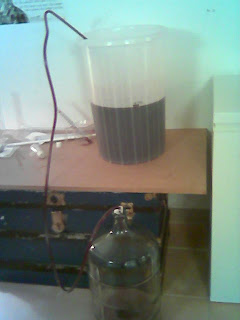 Fig. 1. Pre-wine being siphoned, or "racked", from the primary fermenter to the secondary fermenter.

Anyway, nothing really exciting happened, and I avoided breaking anything made of glass. Now it sits for another two weeks or so (Fig. 2), presumably in a situation designed to encourage anaerobic respiration and the efficient conversion of sugars (fructose) into alcohols (ethanol). I topped up the carboy with about a litre of clean water, to compensate for the lost volume represented by the aforementioned sludge. 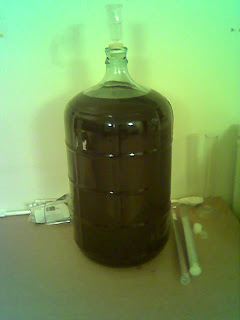 Fig. 2. The full secondary fermenter in place, with airlock.

Also, I never mentioned the details of the kit I'm using, so I took a picture of the box using my crappy cell-phone camera (Fig. 3). It's from a company named Cellarcraft, a variety they name Rio Negro. The juice concentrate came from Chile - a nice bonus, as I've had some very good red wine from Chile in the past (Gato Negro Cabernet Sauvignon). The downside of making a red wine kit, as opposed to white, is that this stuff won't be good until it's had a chance to mature in the bottle for a few months - I'm planning on giving bottles of this away at Chimmz, about eight months post-bottling. I expect it to be drinkable by the fall, perhaps September. This, of course, renders the kit's insistence on being "4 week" somewhat laughable - I've had enough immature and very bad wine in the past to know I won't be sampling any of this during or immediately after bottling. If I get really impatient, I might open one bottle a week or two after bottling, but I doubt it. 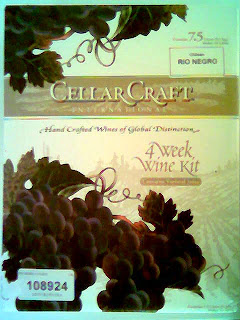 Fig. 3. Rio Negro Chilean 4 Week wine kit. This cost me about $70.
Posted by TheBrummell at 10:30 am
Labels: Procrastination, Stuff

This continues to look interesting and pleasure-lucrative. Mind you, I've followed along with my dad's wine making enough times to be fairly familiar with the process. Wine appears to be a lot easier to make than beer (which requires fairly precise temperature monitoring during key steps in the process, lest your beer taste like ass... which it inevitably will).

~$2.5 per bottle sounds about right. Do you have bottles for bottling?

Always cautious pf Pedantic Man, I checked to make sure that bottling is actually a word... it is. But it also means:

The process of skewing pages to compensate for paper thickness as it is folded. Primarily used on signatures designed for large web or large sheet-fed presses.

I will have bottles. My uncle Butch has a neighbour that dropped off something like 300 bottles that are now sitting in his garage, occupying space. I need to call him about that, and a few other things, anyways. Possibly this weekend I will talk to him.

I may be able to talk him into delivering many more than 30 bottles, perhaps 100, so my second (third) batches will have bottles, too.

Beer is a little more sensitive, so I think if I start making beer it won't be until I've got wine pretty well figured out. Wine-making I think is more forgiving of minor mistakes.

Also, very interesting alternate definition for "bottling". I did not know that.