This week the College of Biological Sciences here at the university of Guelph held a symposium for the graduate students in the three departments of Integrative Biology, Human Health & Nutrional Sciences, and Molecular and Cellular Biology. There were talks and a poster session, spread over one and a half days; all of Tuesday and Wednesday morning. This was advertised weeks ago, but like many people I ignored the "please register now" emails until after the second extension period, mid-last week. I presented poster, essentially my not-yet-written PhD proposal in semi-graphical form. My poster turned out quite nicely, actually (Fig. 1), largely due to the excellent printer I was able to access - photo quality, baby! 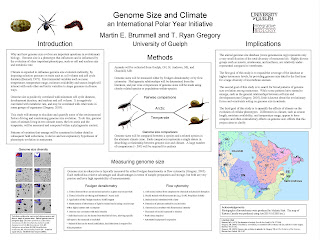 Fig. 1. My poster, shrunk through the amazing power of teh intarweb from 36 x 48 inches to this small image.

I don't have a problem with the general organisation of this symposium, or of the organisers. In fact, I think they did a damn fine job, and from where I was sitting, pulled it off without a hitch. So congratulations to them.

However (you knew that was coming), some of the presentations were problematic. There were two plenary talks (one hour long), one each morning at 9:30 after the (quite excellent) free coffee and snackage. I thought the second one, by Dr. Ron O'Dor was really good, and the first one was basically decent, which is high praise from me to a talk that was human-health-genomics-cancer-cancer-cancer in focus. The second one, Wednesday morning, ran a little long, until about 10:45, but I was having a good time so I didn't mind. I overheard other people complaining a bit, later.

The real problems were in the grad student presentations. I may be an ossified traditionalist when it comes to scientific talks, but I'm going to whine and complain anyway. This may accidentally turn into a rant.

1. Length. The single most annoying mistake a presenter can make, in my opinion, is to run too long. Practice your fucking talk, you thrice-cursed buffoon. One asstard, when prompted by the too-polite (be rude!) session moderator, insisted that we were looking at his last slide, for three slides in a row. When the moderator finally convinced him he was way past his alloted 15 minutes, he jumped to the acknowledgements slide, cruising past a further eight or more slides to get there! I actually yelled "stop!" when he said "one more slide, only", then went through that slide, then started on the next slide.

Does nobody else think it's much more rude to inconvenience EVERYBODY else, especially the following presenters, than it is to insist, loudly, that somebody finish their way-over-time talk?

2. Data. This is a much more minor point than length. Actually, everything that follows pales in comparison to the unforgivable sin of running 25 minutes in a 15 minute talk. Anywho, back to point 2. I think that the overwhelming majority of talks should show DATA in some form. Preliminary, disputed, non-significant, whatever, just show me some data. You don't have any data yet? Then make a damn poster! So many brand-shiny-new M.Sc. students got up and told me what they were PLANNING to do IN THE FUTURE. No, fuck off, don't do that.

4. Titles. Your title is not your abstract, so cut down the word-count. The worst offenders were, not really surprisingly, the behavioural ecologists. I don't know why people who follow charismatic megafauna around in the woods are so fond of oversize titles. My personally-most-hated title:

"Characterizing the seasonal movement patterns of forest-dwelling woodland caribou (Rangifer tarandus caribou) at both the population and individual level: migration, drift or stasis?"

By Huxley's Thunderous Sideburns*, what possessed you to reject "Seasonal Movement in Woodland Caribou" in favour of that bloated monstrosity? That shyte took up TWO FULL LINES of bold text in 12-point font on the 8.5x11 symposium guide.

5. General crappyness. Plurals never get apostrophes, you illiterate morons. Black text on a dark-blue background is not legible. All animations are always shitty, stop putting them into your talk. And don't jingle your keys, talk into your water bottle, smack your lips, click your pen, or do any other annoying, obnoxious little nervous behaviours.

Really, I had a good time at the symposium. Yes, really. Why do you ask?

Update 07 04 27: I've set up a Flickr account, and put up the JPG of my poster there. Let's see if this here linky thing works. If it shows up too small, look for an option to change the size displayed - I found it, but I'm not sure if that option is specific to the fact that I'm looking at my own account. "Does nobody else think it's much more rude to inconvenience EVERYBODY else, especially the following presenters, than it is to insist, loudly, that somebody finish their way-over-time talk?"

This is a huge grievance of mine. I've organized/moderated a few presentation sessions in my grad-student career, and I can tell you that it is a huge inconvenience to everyone. I don't know why people do it... I guess, much like the flamers on the net, some people want to hated.

I detest orientation slides no matter what. I like to be somewhat entertained by a talk, and I'm usually not as 'into' the work as the presenter is. If you give me a slide with a brief overview of your talk, I've pretty much gotten all the info I need. I'll only be interested in staying if you're talking about something I really care about.

Like everything else, it's better to tell an overall (scientific) story. 'Abstracts' in talks do nothing but make them longer.

We don't get a readable shot of your poster?

We don't get a readable shot of your poster?

Sometimes pictures put up in Blogger posts can be clicked on and a larger image appears. Sometimes not, though the mouse cursor changes into a useless finger-to-click thing anyways.

The original image didn't blow up for me, but I see you've taken care of that now.