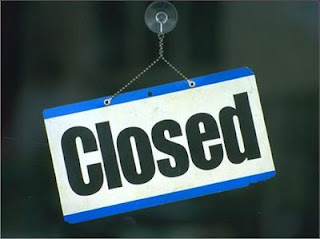 Perhaps you have heard of the business "Tim Horton's", a Canadian Icon purveyor of coffee and donuts. The company started in Hamilton, Onterrible, and spread across the country. Guelph is near Hamilton, and has a similar (massive) density of outlets as does the natal municipality. There are apparently three outlets on campus at the University of Guelph.

One outlet is in the academic centre; I have not yet visited it. A second is in the general cafeteria in the university centre, and does not accept Tim Horton's coupons and special offers (a rant for another time). The third is above the university bookstore, and has the stupidest open hours of any coffee shop I have yet encountered.

What the hell is wrong with you?

Almost invariably, I find myself desiring a bit of complex-carbohydrate and cafeine goodness around nowish (4:45pm) on a typical working day. I was given a few packs of Tim Horton's coupons for christmas. I can't spend these at either of the two closest outlets! The Tim's nearest my house, on Wellington Road, is a drive-thru-almost-only, with nowhere to sit and barely any counter space - so I can't even sit there and enjoy a morning coffee.

I am of the opinion that the overwhelming majority of retail businesses should have vastly expanded open hours. Most coffee shops, tailoring to a diverse and often early-rising clientelle, typically have pretty good open hours. Not the localest Tim's, of course. Convenience stores and rare grocery stores are open 24 hours - this is appropriate. Apparently there are some mildly intelligent people in retail management, somewhere (though I have yet to meet one face-to-face). I honestly think that life would be better (not just marginally, signficantly!) if mechanics, insurance agents, banks, office-supply, hardware, department, game-and-comic, et cetera ad nauseum were open either 24 hours per day or at least 18.

Banks. Fuck, I mentioned banks. The worst offenders against actually being open. Why, banks, why? Why do you hate your customers so?

Image from this rather odd blog-like website about Leopard Seals.
Posted by TheBrummell at 3:55 pm
Labels: Rants

Yeah... this rant seems pretty much taken directly from my brain. I come from a town that is considered the shopping capital of THREE provinces. In Moncton, pretty much EVERYTHING is open at least 9am to 9pm Monday to Saturday and 9am to 6 or 9pm Sundays. Grocery stores are almost always open until midnight.

I was really surprised when I moved to Nova Scotia and found stores that closed at 6pm on weekdays. Cripes, in Hamilton we have a gamestore (that I never go to) that closes at like 6pm. Aren't most of your clientel working or at school during this time???

P.S. I really liked the Royal Banks in Vancouver that were open Tues to Sat. Still shitty hours, but at least Saturday is better than a weekday.